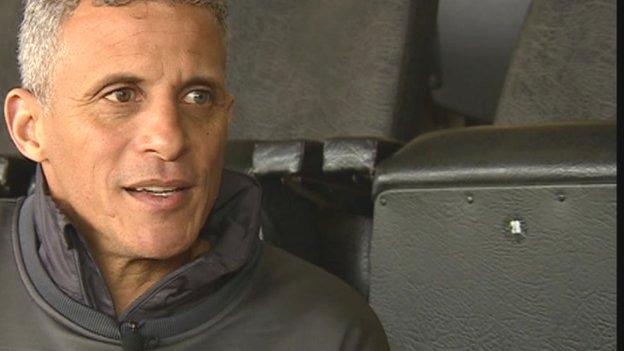 The Magpies unsuccessfully appealed against the midfielder's dismissal in the game which resulted in a three-match ban.

Curle told BBC Radio Nottingham: "I think it was an honest attempt to get the ball, not endangering an opponent.

"Everybody wants clarity, clarification of what the amateur people see within the professional game."

Luton loanee Boucaud was dismissed in the first half of Notts' match at Boundary Park and Curle refused to comment ahead of the appeal.

But speaking after the Magpies' 1-1 draw at MK Dons, Curle admitted his disappointment at the decision.

"No matter how much complaining we do, (the FA) will not change their decision," he said.

"Probably the disappointing thing from my point of view is that because we've got a team policy, a club policy in place whereby if you get suspended due to a sending off you get fined two weeks' wages.

"Now, I can honestly say that I sympathise with Andre because he's going to miss two weeks' money because of what I think was an innocuous challenge.

"Obviously we had our appeal, the appeal was turned down, so then they have to inform us in writing of what their finding was, so it's going to be interesting."