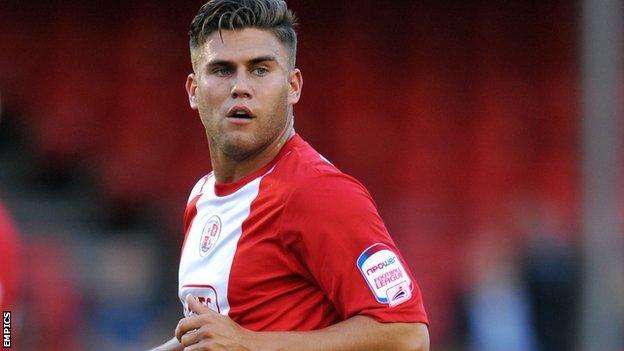 The 25-year-old is likely to make his Mariners debut in Friday's Blue Square Bet Premier game against Luton.

Neilson joined the Red Devils from Bradford City in August 2010 and last season scored the goal that secured their promotion to League One.

His only appearance so far this season came in the 3-2 win over Gillingham in the Johnstone's Paint Trophy.