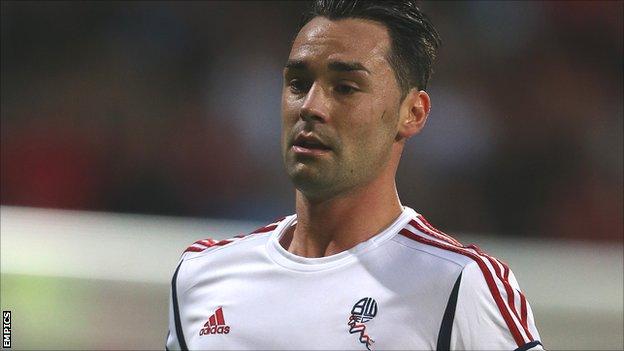 Winger Chris Eagles says there is still lots of time for Bolton to recover from a disappointing start to the season.

Wanderers, who were relegated from the top flight in May, have taken seven points from six games and are in the bottom half of the Championship.

Eagles won promotion to the Premier League with both Watford and Burnley.

"I'm not going to lie - it would be lovely to be in the top two but I've been in this position before," the 26-year-old told BBC Radio Manchester.

"People always concentrate on what's above them and the teams below them leapfrog them. You saw that happen with Reading last year."

The Royals won 15 of their final 19 matches last season to storm to the Championship title.

"In this league, there are so many games and it's a very long season," the former Manchester United player added. "Two wins and you're in the top four. It's nuts."

Speaking after the 2-1 defeat at Birmingham on Tuesday, boss Owen Coyle said he was not worried by speculation about his future.

"It's difficult for managers because they've got to take the responsibility of being the manager of the club, but we're a team and we stick together," said Eagles.