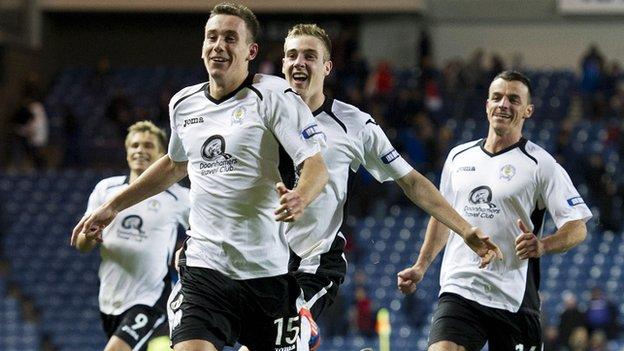 Queen of the South's reward for knocking Rangers out of the Ramsdens Cup is a home tie against Arbroath in the semi-finals.

The Doonhammers, still unbeaten this season, beat the Gayfield side 6-0 in a recent league match.

Partick Thistle travel to face Cowdenbeath in the other semi-final.

Both ties are due to take place on Sunday 14 October and will be played to a finish on the day, using extra-time and penalties if necessary.

The final will be held in April.

Queens won a penalty shoot-out at Ibrox after the match against Rangers finished 2-2 at the end of extra-time.

Queen of the South v Arbroath

Ties to be played on Sunday 14 October.