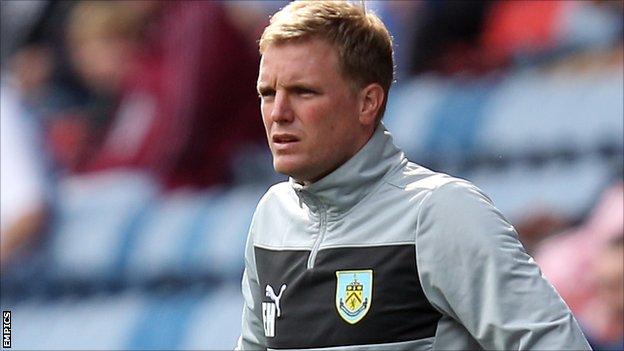 Manager Eddie Howe believes Burnley are capable of stringing together a good run of results but are lacking momentum early in the season.

Howe's side have lost four of their first six matches, including a 2-1 defeat at Leicester on Wednesday.

"We need to try and put back-to-back results together, like every team does, but it is an incredibly difficult league to do that."

The former Bournemouth boss continued: "There are no easy games, as we say all the time.

"Leicester was a particularly tough game, we knew that, but we're bitterly disappointed because I think we've shown we can compete and we can get results on the road."

The Clarets have taken six points from a possible nine at Turf Moor, but lost all three Championship matches that they have played away from home.

And Howe admits his side's defensive record - 12 goals conceded in six league matches - is a concern.

"We're conceding too many goals at the moment," he added. "It doesn't take a scientist to work that out.

"We've got to address that issue because the first goal [against Leicester] was really avoidable. It was a poor goal from our perspective.

"That's the main area for us [to improve] at the moment."