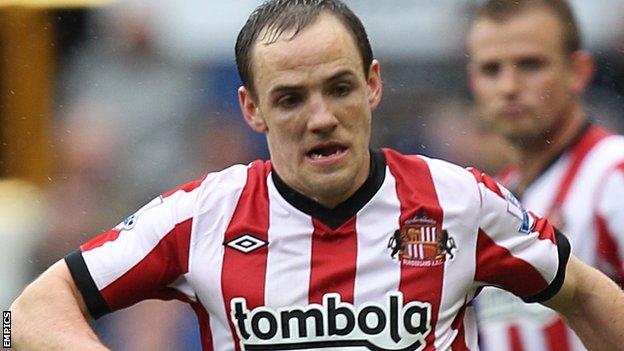 Sunderland midfielder David Vaughan is keen to avoid the injury problems that affected his debut campaign at the Stadium of Light.

"I had a few injuries that hampered my season and interrupted the flow," Vaughan told BBC Newcastle.

"Hopefully I can keep injury free and keep a place in the team."

Vaughan returned to the Black Cats fold with a first start of the season in the reserves' 2-2 draw with Newcastle on Tuesday.

"We had some good chances, their goalkeeper has made a couple of saves and we had some poor finishing," said Vaughan.

"But it was a good job it was a reserve game and we can learn from our mistakes.

"On the balance of the game, we felt we could have won it and we had quite a few chances in the second half but 2-2 was probably a fair result."