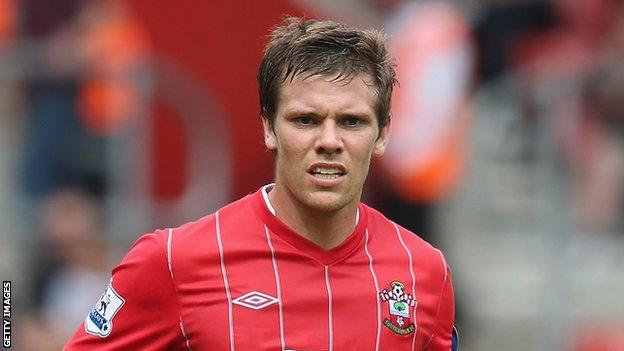 Brighton midfielder Dean Hammond says there are similarities between the Seagulls and parent club Southampton.

Hammond, who is on a season-long loan at the Amex, won promotion to the Premier League with Saints last season.

He told BBC Sussex: "It's so similar. The depth in the squad we have here is like we had last year at Southampton.

"I couldn't really tell the difference to be honest. We play a similar type of football and [Brighton boss] Gus Poyet likes to keep possession."

Saints went on to secure back-to-back promotions with another second-placed finish last season while Brighton finished in mid-table.

The 29-year-old added: "A lot of teams [in the Championship] will be saying they have every chance of getting promoted.

"What we have here is very similar to what we had at Southampton.

"It's just that momentum and consistency. We have that at the moment."

Hammond, who came through the youth academy at Brighton, returned to the Sussex club on transfer deadline day.

Hammond left the Seagulls in January 2008 to join Colchester and made the move to Southampton 18 months later.

"It's been really easy to settle," Hammond said. "The lads have been great and it's been nice coming back.

"It's a completely different club but everyone has made it easy - the manager, the players and the fans as well.

"The easiest way to settle is playing games. I got a chance to come in the team and we've played some good football and had two good results."