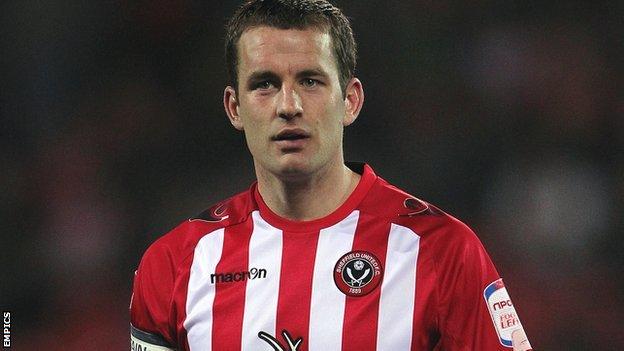 Sheffield United captain Michael Doyle has signed a new deal to keep him at the club until 2015.

The 31-year-old has made 64 league appearances since joining the Blades from Coventry in January 2011.

Doyle told BBC Radio Sheffield: "I spoke to the manager in the summer and he talked to me about extending my deal which I was more than happy to do.

"I was in and out at the start of last season but I got my head down and it was the most enjoyable of my career."

Blades boss Danny Wilson added: "We've been talking to him for a little while because he's been outstanding for the last 14 months.

"He's a really dogged and determined character and he's the kind of player you want in the dressing room."