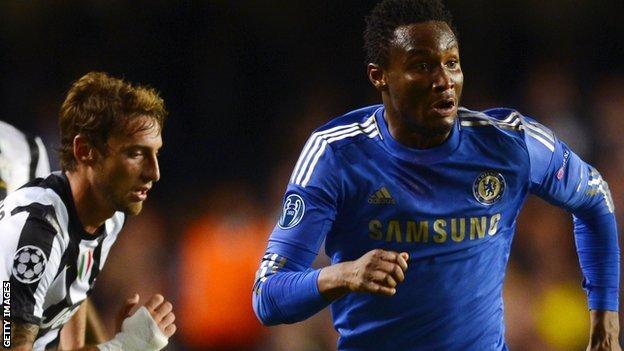 Chelsea have condemned alleged racist abuse received by John Mikel Obi on Twitter after their 2-2 draw against Juventus in the Champions League.

He took to the micro-blogging website to apologise for the mistake that led to Fabio Quagliarella's equaliser.

However, the midfielder's profile @Mikel12Official has now been deleted.

The 25-year-old tweeted after the game: "If I want to make up an excuse, I can. But, for me, I gave the ball away. I put my hands up, we move on. I'm sorry about the mistake, but there are no excuses."

Chelsea originally said it was just coincidence that Mikel had removed his account from the micro-blogging website, but later admitted the police had been informed.

During the summer, team-mate Ashley Cole allegedly received racial abuse on Twitter after the full-back missed a penalty for England against Italy at Euro 2012.