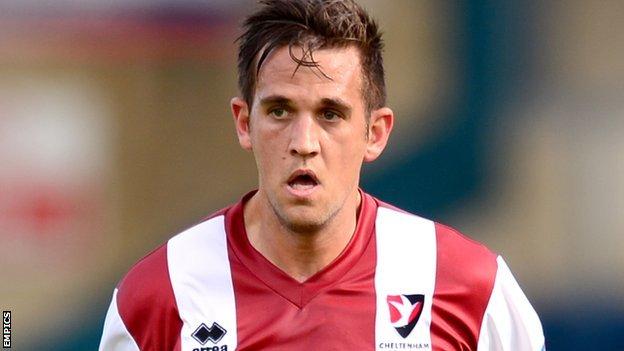 Darren Carter scored twice as Cheltenham beat Morecambe and moved up to fifth in League Two.

The hosts went ahead inside 90 seconds as Carter's half-volley beat Barry Roche from 25 yards.

Morecambe were reduced to 10 men when Kevin Ellison, who earlier saw his header cleared off the line, was sent off for a headbutt on Steve Elliott.

Carter wrapped up the victory in stoppage time with a low drive from Kaid Mohamed's pass.