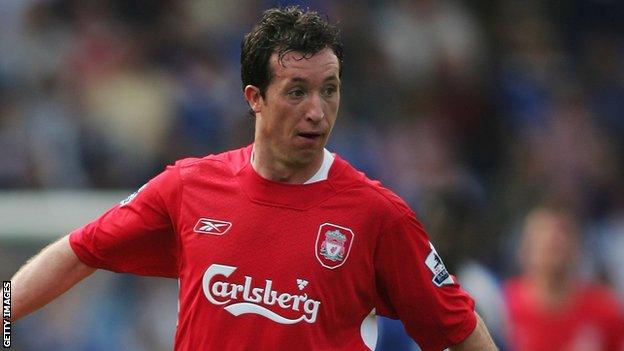 Suarez was banned for eight matches for racially abusing Evra last season, while the match is the first at Anfield since the publication of the Hillsborough report.

"It would be nice for Luis Suarez to put some flowers at the United end regarding Munich, and for Patrice Evra to do so at the Kop," Fowler said.

Liverpool record: 369 appearances and 183 goals during two spells at the club

"The two clubs do have a rivalry, but some things are far more important than football and this is one of them."

Fowler, 37, feels that Suarez should commemorate the Munich air disaster of 1958, in which eight Manchester United players and three club staff died, while Evra should pay tribute to the 96 Liverpool fans killed at the FA Cup semi-final at Hillsborough in 1989.

Suarez refused to shake Evra's hand before the start of the last meeting between the two sides, at Old Trafford last February.

Both clubs are understood to be confident that the pair will shake hands ahead of Sunday's game, where a number of tributes to the victims of the Hillsborough disaster are planned.

The Munich air tragedy has been the subject of songs from a section of Liverpool fans, but the managers of both clubs have called for an end to such chants from both sets of supporters.

"Both clubs have a respect for each other, for what they have achieved in the game," added Fowler, who made 369 appearances during two spells with the Anfield club.

Liverpool go into Sunday's game without a win in the Barclays Premier League under Brendan Rodgers, but Fowler, capped 26 times by England, thinks the new manager needs to be given time.

"With the players he has at his disposal, he's doing alright, as long as everyone gives him time and has patience, which is what everyone at the club needs.

"It needs a little bit of stability and I reckon he is the man Liverpool need to progress, get better and start rising up that table again."