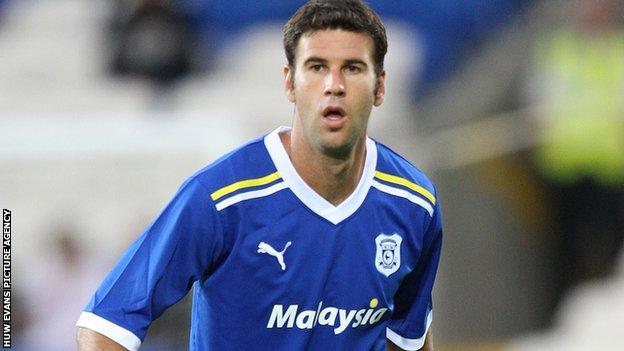 Dekel Keinan has returned to first club Maccabi Haifa in Israel after being released by Cardiff City.

The 28-year-old defender has signed a deal until the end of the season.

He becomes the second Cardiff City to join a club in Israel's Premier League after Robert Earnshaw joined Maccabi Tel Aviv on a season-long loan.

Israel international Keinan played only once for Cardiff this season, taking his total appearances to 25 since joining from Blackpool in January 2011.

He spent periods on loan at Crystal Palace and Bristol City last season.

On his departure, Keinan thanked Cardiff supporters on his Twitter account, saying: "Really appreciate all your support and I'll never forget it.

"I gave everything and I'm leaving with my head up!"

After graduating through Maccabi Haifa's youth system, he made his first-team debut in 2002 and went on to make almost 100 league appearances before moving on a free transfer to Blackpool in 2010.