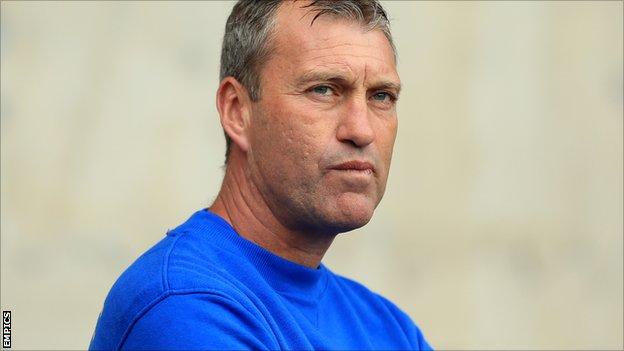 Bury plan to name their new manager within the next week, although it appears caretaker boss Peter Shirtliff is not on their shortlist.

The Shakers have not won a match since Richie Barker's departure to Crawley.

Bury's board have narrowed down their search to five candidates and want to make an appointment before they travel to Stevenage on 29 September.

League One matches only

"Peter and Ben [Futcher] remain in our plans for the future, working with the new manager," read a club statement.

"The chairman and board of directors would like to place on record their thanks and appreciation to Peter and Ben for their professionalism and loyalty to the club.

"We would also like to thank all our supporters for their patience shown whilst we appoint the right person for the job.

"Whilst we fully understand the frustration shown by many, we wish to stress that the task of finding the right man for the job is not an easy one.

"Peter will remain as caretaker manager until such time as we are able to reveal the name of the club's new manager."

Previous boss Barker left Gigg Lane on the eve of the campaign to join Crawley Town.

Bottom-of-the-table Bury have collected just three points from seven League One matches and were also knocked out of the Capital One Cup in the first round by Middlesbrough.