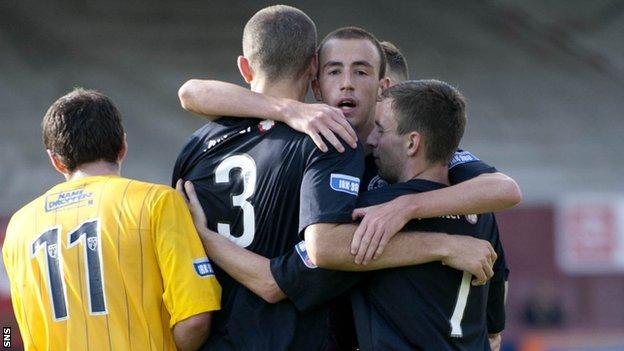 Partick Thistle continued their winning start to the league season as Scott Linton's own goal ensured victory against Cowdenbeath.

Aaron Muirhead converted a penalty on 25 mintues after Cowden's John Armstrong had brought down Chris Erskine.

But Jamie Stevenson levelled for the visitors with a spectacular long-range effort four minutes after the break.

The unfortunate Linton turned Aaron Sinclair's cross past goalkeeper Thomas Flynn 20 mintues from the end and Thistle saw out their sixth win out of six this term.