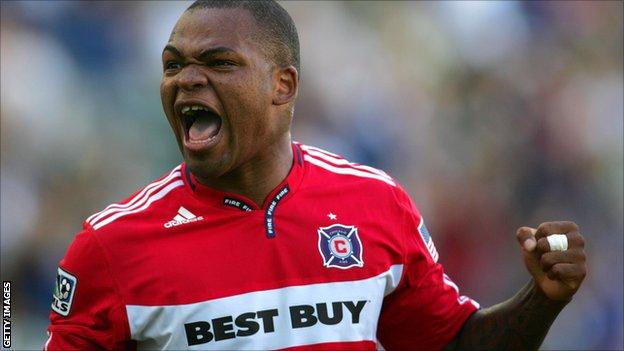 The 26-year-old has experience of English football having previously featured in the Premier League for Fulham and in the Championship with Watford and Leicester City.

John, born in Liberia, has won four international caps for the Netherlands.

"I'm delighted that a player of Collins John's ability has signed for the club," said Barnet coach Mark Robson.

He added: "He is a strong, powerful centre-forward and that will certainly help the younger players around him and undoubtedly he'll be a great asset to the team.

"The next few weeks now will obviously be important in terms of getting him match fit."