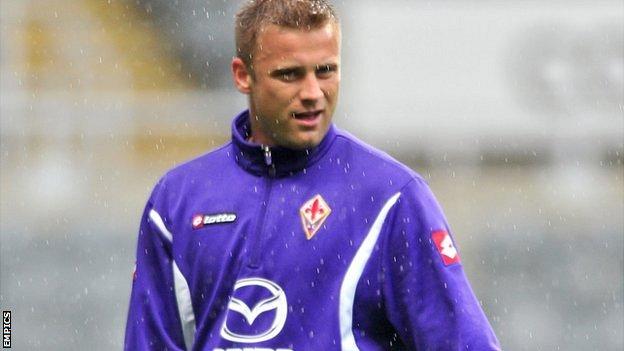 The 32-year-old Poland international left Italian club Fiorentina during the summer and has moved to Southampton until the end of the season.

"I'm looking forward to playing in the best league in the world while I'm playing here at Southampton," Boruc told the club's official website.

"I missed football, so I'm really glad that I'm here and I've finally found the club I was looking for."

He now gives us a third goalkeeper, which is important because the potential for injuries and people getting sent off means we have to cover ourselves

He added: "My dreams are coming true. I've been talking about this for a long time, and finally I'm here in the Premier League."

Boruc agreed the terms of the deal after Southampton's 4-1 win over Aston Villa on Saturday when Paulo Gazzaniga, 20, replaced the dropped Kelvin Davis.

"We'll see what's going to happen over the next couple of weeks," added Boruc.

"I'll give 100% and try to get in goal for Southampton. I like challenges and I'm an ambitious guy, so that'll be good for everybody."

Saints boss Nigel Adkins believes the arrival of Boruc, who made more than 200 appearances for Celtic in more than five years at the Scottish club, adds to his goalkeeping options.

"He now gives us a third goalkeeper in the building, which is important because the potential for injuries and people getting sent off means we have to cover ourselves," said Adkins.

"He gives us great back-up and competition."