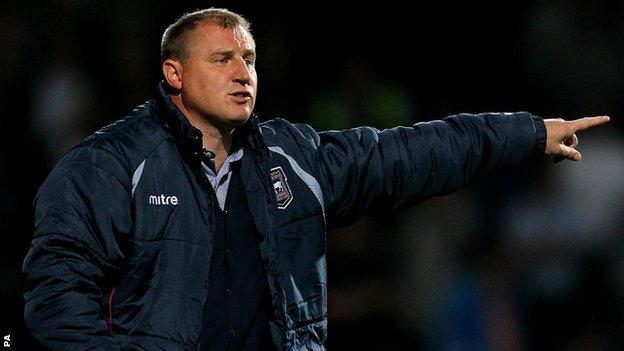 Under-fire Ipswich manager Paul Jewell has said he will not resign, but can do nothing if the club tries to replace him with Harry Redknapp.

Ipswich were booed off against Charlton after their fourth loss in seven league games, a result which left them second from bottom in the Championship table.

"If (owner) Marcus Evans wants to put Harry Redknapp in charge he can do it."

Second-half goals from Johnnie Jackson and Ricardo Fuller put the Addicks into a 2-0 lead at Portman Road. Despite pulling one back through Jason Scotland's deflected strike, Jewell's men could not salvage a point.

Former Spurs manager Redknapp is a close friend of Evans, and this link has seen him touted as a possible successor.

"I don't know if I'll keep my job," the ex-Wigan and Derby boss said. "You are asking the wrong man.

"You've got to face up to challenges in life and this is certainly a challenge for me and my family.

"But I'll dust myself down, come in tomorrow and prepare for the Barnsley game (on 29 September)."