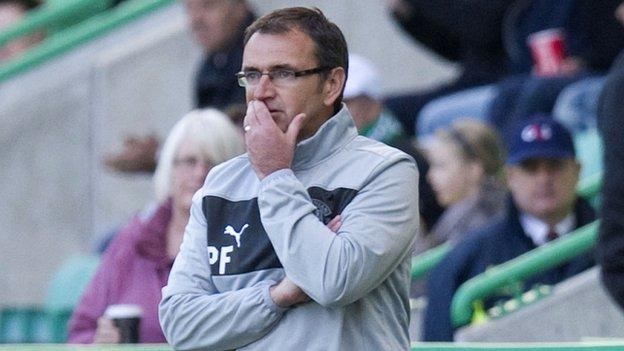 Hibernian may have passed up the opportunity to go top of the Scottish Premier League on Saturday, but the very fact they were in a position to do so illustrates how far they have come in a matter of weeks.

A humiliating mauling at the hands of their closest rivals Hearts in May's Scottish Cup final summed up a season in which they narrowly avoided relegation and managed just two home wins.

Pat Fenlon, appointed in late November 2011 to succeed the hapless Colin Calderwood, had failed to win over the club's supporters, despite guiding them to the brink of a first Scottish Cup since 1902.

Nonetheless, he was afforded the chance to mould his own team over the summer - a period of frenetic activity as several first-team players left the club, including last season's top goalscorer Garry O'Connor and goalkeeper Graham Stack.

Like most SPL managers, Fenlon was forced to scour the free transfer market for additions to his squad, with James McPake moving permanently from Coventry City after a successful loan spell and familiar SPL names Alan Maybury and Tim Clancy joining, along with Paul Cairney from Partick Thistle.

Crucially, Leigh Griffiths - another largely successful loanee last season - was brought back for another season, but the embattled Hibs fans could have been forgiven for feeling underwhelmed as Gary Deegan and Ben Williams were also added to Fenlon's squad.

The performance on the first day of the new season in a at Tannadice would have done little to encourage them.

Still evident, despite the change in personnel, was a fragility both physical and mental that led to them being dismissed by a more eager United side.

So, the following week at Easter Road had all the makings of another day of woe for the home fans, which partly explains why they failed to fill the stadium.

The writing was on the wall when Andrew Driver put the visitors in front, with the scornful Hearts support taking great satisfaction from their rivals' misery.

But what followed looks like having been pivotal to an incredible change of fortune.

Hibs, so often spineless in recent months, rolled up their sleeves, got stuck in - with the combative Deegan making an impressive debut - and pulled themselves level courtesy of a goal from Griffiths. 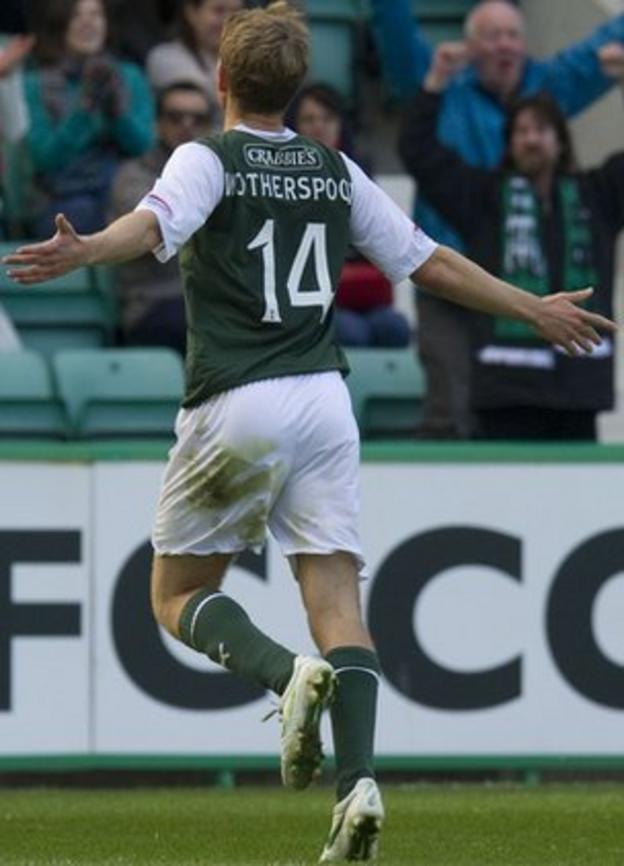 That earned them a point but perhaps more importantly a vestige of self-esteem and belief.

Since then Hibs have won three and drawn two in the league - albeit with a blip in the League Cup against Second Division Queen of the South - to move level at the time of writing with top-of-the-table Motherwell. That run includes a 2-2 draw at Celtic Park when they twice came from behind.

Watching Hibs open up a , the contrast between this team and the one who had struggled so badly last season was stark.

Only three players in the starting line-up - McPake, Paul Hanlon and Jorge Claros - survive from the cup final side, though Leigh Griffiths was injured.

It appears as though Fenlon has rebuilt astutely. Williams is a fine goalkeeper, making two top-class saves in the match. McPake is a commanding presence at the back, but it is in midfield you really notice a difference.

Deegan combines graft and steel with a good eye for a pass, Cairney looks like he should have been playing in the SPL long before now and David Wotherspoon resembles the player he threatened to be when he first broke into the side three years ago.

The manner in which Wotherspoon took his goal - a delightful dipping effort from outside the box - typified the confidence that is suddenly coursing through the side.

Of course, they failed to hold on to the lead and no-one - certainly not Fenlon - would suggest they are the finished article.

But they are beginning to recover a bit of the panache with which they played under Tony Mowbray.

Great credit must go to Fenlon for instilling in his side the belief to be able to do that, the need to earn the right to play that way and to buckle down when necessary and for identifying the players who would be able to do those things for him.

There is definitely a glimmer of sunshine on Leith.