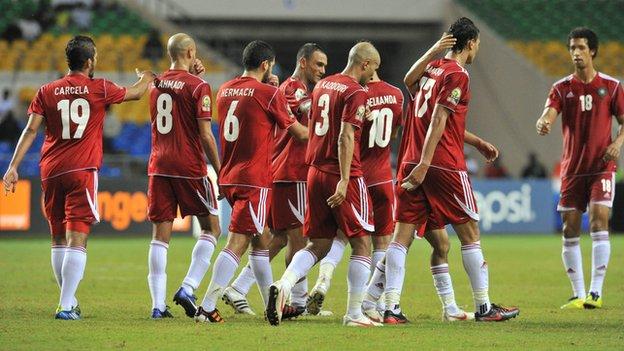 FAR Rabat boss Rachid Taoussi has been named as the new coach of Morocco to replace Belgian Eric Gerets, who was sacked last week.

Gerets was axed after the Atlas Lions lost 2-0 to Mozambique in the first leg of the final round qualifier for the Africa Cup of Nations.

The second leg of the qualifier will be played in Morocco on the weekend of 12-14 October, with the winner on aggregate will qualify for next year's Nations Cup in South Africa.

Former Atlas Lions goalkeeper Badou Zaki, who lead Morocco to runners-up spot at the 2004 Nations Cup, had been tipped to take over.

Another former Morocco coach Mohamed Fakhir, who was in charge for the 2006 Nations Cup, and Aziz El Amri who coached Moghreb Tetouan to the Moroccan Championship last season were also linked with the job.