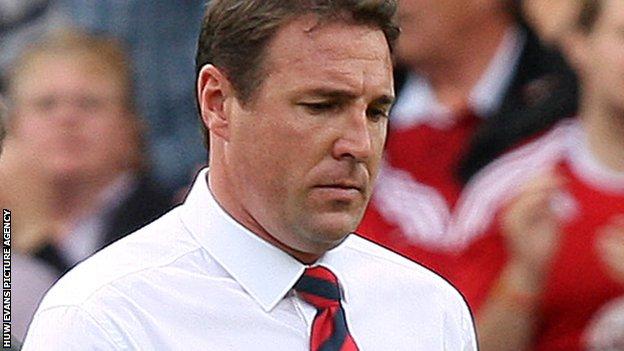 Cardiff were leading 2-0 at the interval and in full control at Selhurst Park after goals from Aron Gunnarsson and Don Cowie.

But Palace staged a dramatic second-half comeback thanks to Glenn Murray's hat-trick, which included two penalties.

"You can't give away cheap goals in this division," Mackay said.

Murray first scored from the spot following Gunnarsson's handball and then after Heidar Helguson was punished for a rash challenge on Jonathan Parr.

In between his two penalties, the Palace striker had scored from a tight angle to level the score for Dougie Freedman's side.

But Mackay said his Cardiff players had only themselves for the defeat, which ended a run of three straight victories.

"We can't give bad goals away. If we do then you deserve to be punished. We certainly gave away two very cheap goals with the two penalties," he said.

"To give two penalties away is no good - it's not something that's easy to come back from.

"It's very disappointing but like anything you've got to get up and get on with it."

Defeat at Palace was Cardiff's second league loss of the season and Mackay wants his players to refocus ahead of Saturday's home game against Blackpool.

"It's about making sure we recover from that quickly and get back onto the next game," added the Scotsman.

"We're sitting in the top six at the moment, three points off the top."