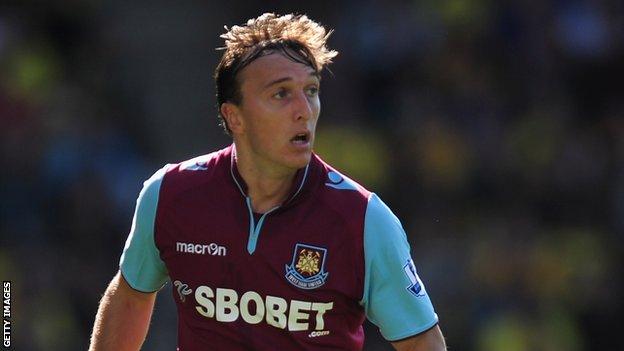 The 25-year-old's contract had been due to expire next summer.

Noble, who was named player of the year last season, has made 224 appearances for West Ham, scoring 26 goals, and captained the England under-21 side.

He came through the club's highly-rated youth academy, making his professional debut at just 17 in a League Cup win over Southend in August 2004.

The Londoner has played every minute of the promoted club's Premier League campaign this term and is the Hammers' current longest-serving player.

"I'm over the moon now it's all agreed and done," Noble said. "It was just a matter of getting things right for me and my family.

"Everyone knows I love playing at West Ham and I enjoy my football here so it was just a case of coming to an agreement. I'm delighted now it's all signed and sealed.

"I feel like I've grown a lot as a player since my debut and I'm still only 25.

"Playing for West Ham has been a rollercoaster and I've been through two promotions, a relegation and a 'Great Escape', but it's been thoroughly enjoyable and I look forward to the next few years of my career here."

Noble made his first-team debut in 2004 and was part of the squad that won promotion to the top flight in 2005.