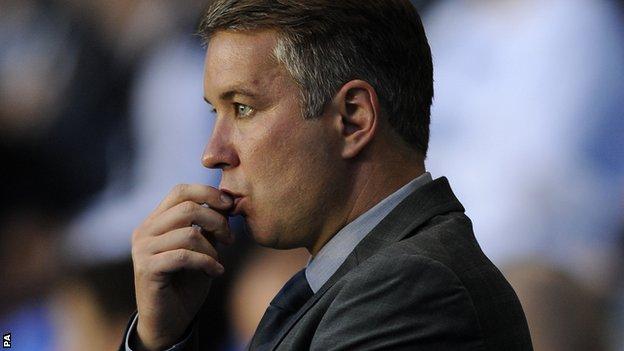 Peterborough boss Darren Ferguson has no intention of resigning, despite the club losing all seven of their opening Championship fixtures.

"The easiest thing to do would be to walk away but I've not got that in me," he said after the match.

Peterborough United in the Championship to date

Ferguson added: "I've told the players that watching that first half I wanted to walk away because I was embarrassed, absolutely. But I know what I have to do now, in the next week, to really make a difference to what the rest of the season is going to be like."

Peterborough's next three matches see them face tough trips to Hull City and Barnsley before Nottingham Forest come to London Road, but Ferguson said the fixture list was irrelevant.

"It doesn't matter who you play, it really doesn't, because where we're at in the league now every game is difficult, and it'll only get a little bit easier when you start winning games.

"But we do have to turn things around, because as a football club of which I'm the manager it's got to the point at which it's embarrassing."