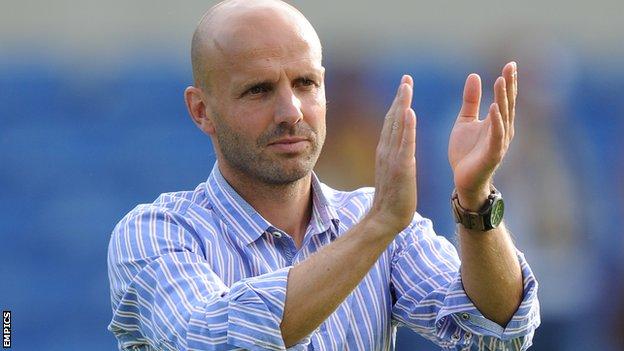 Exeter City manager Paul Tisdale says his side deserved to come away with all three points from Southend.

The Grecians conceded twice in the last 12 minutes to lose 2-1 at Roots Hall.

We looked a very competent side

"It's frustrating when it's highlighted by the way we've played so well," Tisdale told BBC Radio Devon.

"We were every bit as good as we have been on the road in the past three games - we were organised, very sensible, defended very well and had control of the game.

He added: "For 70 minutes or so I felt we had just as much chance of scoring a second, if not more, than them scoring an equaliser."

It was a first loss on their travels this season for Exeter, who had won their previous three away matches.

"We looked a very competent side, I'm pleased with the way we played and it's hard to draw any negatives from our performance," said Tisdale.

"There's a long season ahead of us, but I'm more than pleased with the way we played."