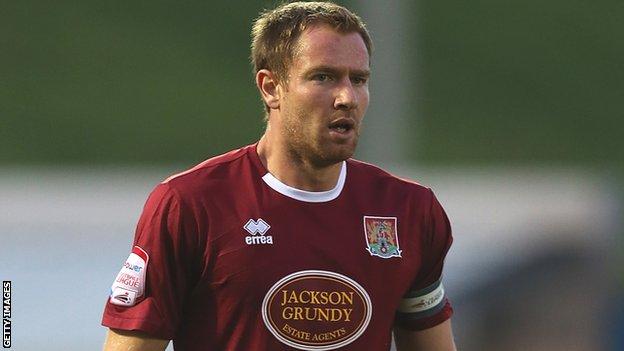 Northampton Town captain Kelvin Langmead says there has been a "huge improvement" to their defence.

The Cobblers kept their fourth clean sheet of the league season in the 0-0 draw with Chesterfield. They kept just nine in the entire 2011-12 campaign.

The defence needed to be improved from last year

Langmead told BBC Radio Northampton: "We're pleased with the clean sheet and to be unbeaten at home in the league.

"The defence needed to be improved from last year and [the clean sheets] show the huge improvement we've made."

"We've had a really busy schedule so far," said Langmead. "We're in a decent bit of form so the games can't come soon enough."