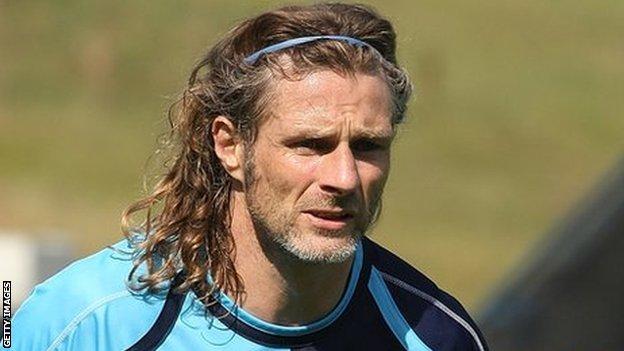 The 39-year-old takes over after former manager Gary Waddock was relieved of his duties following Saturday's 1-0 defeat by AFC Wimbledon.

Joint-chairman Don Woodward said: "Gareth's a leader and a winner.

"He's an inspirational figure who has the full respect of everyone connected with the club and it was an easy decision to make."

Ainsworth had two spells in caretaker charge of QPR, after Iain Dowie left in October 2008 and again when Paulo Sousa departed the following April.

The R's won three and drew two of the 11 games under the midfielder.

Woodward said Wycombe had already received a number of applications from "high-calibre" managers.

He said: "Wycombe Wanderers is a fantastic football club with a great set-up, squad and fan base, so there's no surprise to us."

Ainsworth, who will be assisted by Richard Dobson, takes over with the Chairboys having taken just four points from their first seven games in League Two.