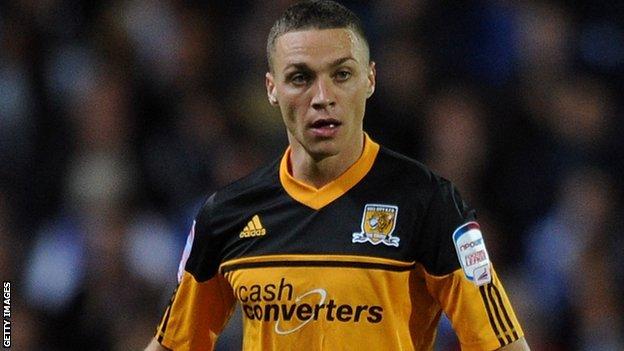 Hull City defender James Chester does not think his side were competitive enough in their defeat by Leicester City on Sunday.

The Tigers lost 3-1 to end a run of three successive victories.

"Firstly in this league you have to battle physically and I don't think we did that enough."

He added: "We're not always going to play brilliantly and when we don't we have to roll our sleeves up and give the opposition a game."

Despite the defeat, Steve Bruce's side sit in fourth in the Championship after seven games.

"I've enjoyed it because I'm seeing a lot of the ball which is something I like to do," he continued.

"It's been good but in the last few games we've conceded a few sloppy goals and I'd like to be up there with the best defensive records like we were last season.

"They're good defenders and so am I, so I'm sure we'll start keeping clean sheets again soon."