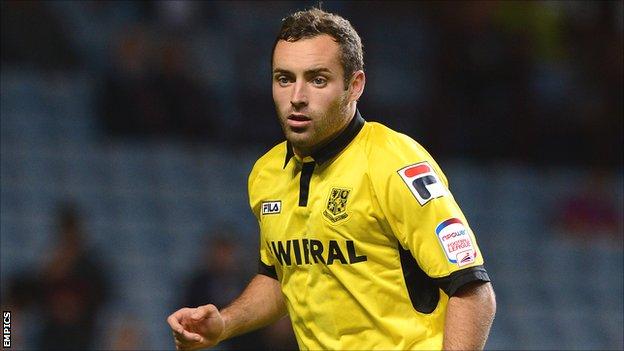 A 5-2 win at Crawley on Saturday put Rovers three points clear at the top.

"We've got a home game next week [against Brentford] and we want to keep this run going because we know we're good enough to do that."

Holmes, 23, opened the scoring on Saturday with his first goal for Tranmere.

Although he watched his team score another five goals, manager Ronnie Moore was less than impressed with his side's defending at Broadfield Stadium.

Rovers had conceded just twice in their opening seven League One matches, but that tally was doubled inside four first-half minutes.

"I haven't seen us defend like that for a long time, considering all the clean sheets we've had," said Moore.

"It was a wide open game and it must have been superb for the neutrals to come and watch a game like that, but not so good for the managers."