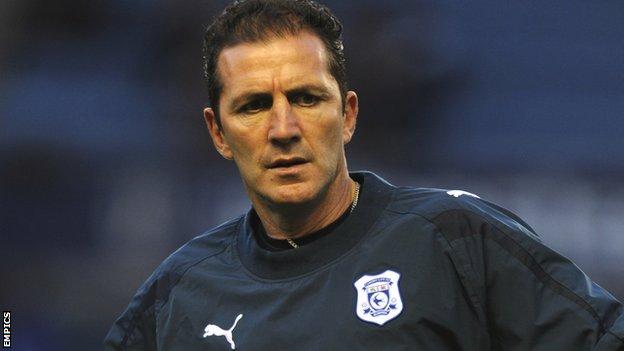 The Owls lost 2-1 at home to Bolton on Saturday to slip to 21st in the Championship table.

"Confidence is fine, the lads have been brilliant in training," he told BBC Radio Sheffield.

"In the last couple of games things haven't quite gone for us but that happens in football."

He added: "We have to get back on track as quickly as we can and we need to get a settled defence.

The Owls stretched their unbeaten run under Dave Jones to 18 matches with victory over Fulham in the second round of the League Cup on 28 August. Since then they have lost four successive matches.

"Hopefully over the next three or four games we can get a settled back four and I think that'll help us a lot."

Dave Jones takes his side to Premier League Southampton in the League Cup on Tuesday.

Wilkinson is keen for the Owls, who knocked out Fulham in the last round, to return to winning ways at St Mary's.

"We've had a tough run recently but this is a good chance for us to bounce back," he continued.

"We can go there without the pressure of the last few league games and hopefully play our normal game.

"We want to go through to the next round and we know that if we can get some cup form then the league can follow."