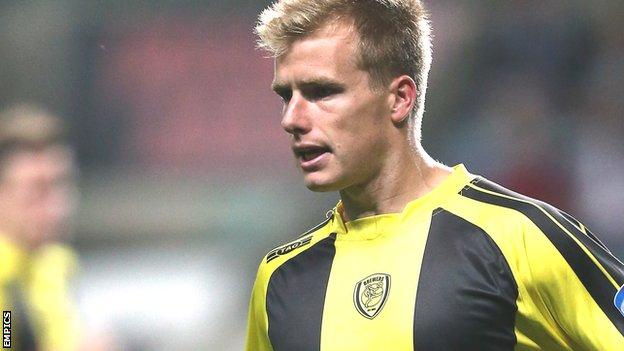 Burton Albion left-back Damien McCrory has said his side's good form gives them a strong chance in their League Cup third round tie against Bradford.

He told BBC Radio Derby: "With the form we're in, four out of four unbeaten, we could go on and get a result.

"At the minute, we're not really scared of anyone.

"The lads are scoring goals and we've kept three clean sheets in five games. All over the pitch our performance is good," he added.

The summer signing, who has played every minute of Burton's games this season, pointed to the side's work rate as the reason for their strong form.

He said: "We've become closer as a team. We've worked on the training ground but all we can do is keep repeating those performances and hopefully the results will keep coming."

Added to their strong League Two form the Brewers accounted for Championship side Leicester with a 4-2 win in the previous round.

Despite being disappointed to not draw a top-flight club in this round, he added that the side hopes to remedy that if they get past Bradford.

"All the boys were hoping for a Premier League team but the draw gives us hope," he said.

"We can go there and win against Bradford. Then we'd be nailed on to get a Premier League team in the next round."