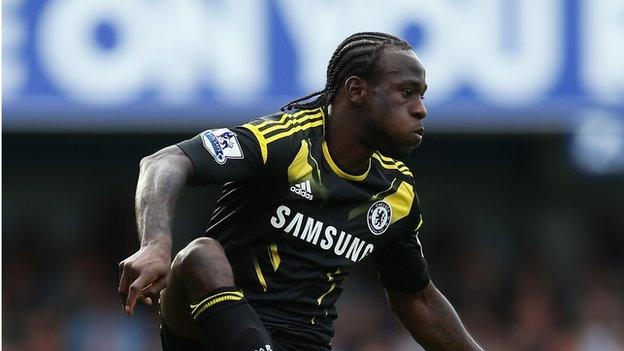 The 21-year-old, who joined the Blues from English Premier League rivals Wigan in the summer, is set to make his full debut against Wolves on Tuesday.

Matteo said: "He's a player I like very much and he will have a big influence in our season.

"He's strong at holding the ball, his dribbling ability is very good."

Di Matteo added: "He can go past defenders, which not many can, he's got the pace as well and he's very good at making runs in behind."

The Chelsea boss also revealed had had been tracking Moses for some time before he eventually got his man.

"He's young and he'll still improve and develop but he's an exciting player that I tried very hard to sign, not just this year but previously as well, years ago," said the Italian, who had spells at West Brom and MK Dons before moving to Stamford Bridge.

"He's a very good player. It's good that nobody else noticed."

Chelsea play Championship side Wolves in the third round of the Capital One Cup.