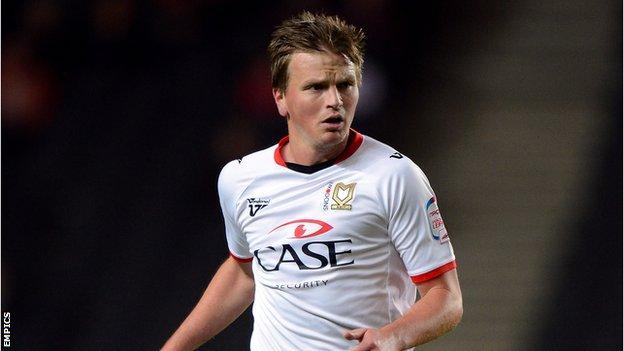 Charlie MacDonald and Luke Chadwick nearly grabbed a winner for the Dons, but the ball was scrambled clear.

"They're a really good side who put us under the cosh at times. But the lads have to get some credit as, a few weeks ago, we'd have lost that.

"I was happy with how we started. Those opening stages were really impressive. Hopefully we can do that for the entire 90 minutes in the future.

"They've given everything they've got and it was great to see Cyrus Christie and Nathan Cameron back. They haven't had much match practice but they've come in and done well."

"I thought Coventry started off really well and caused us big problems.

"But, without being disrespectful, I thought we were far the better team.

"It's criminal that we conceded from a set-piece. But, from then on, I thought we were magnificent."