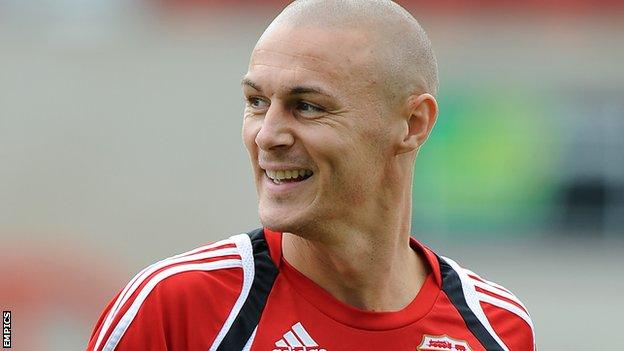 The defender's second-half free-kick passed through a weak Robins wall and nestled in the bottom of the net.

Both sides wasted chances throughout - Town winger Raffaele De Vita saw his shot sweep over, while Sanchez Watt scuffed wide for the U's.

Substitute James Collins failed to hook in De Vita's cross in the second half before Rose netted the winner.

"We've asked them to be brave again, we tried to play out from the back, the attitude was spot on. The players gave their all, and that's the reward you get.

"It's still going to take time because they'll be days when it doesn't work, but they tried to do it correctly it tonight.

"Although we didn't really get that much of a goal threat in the first half, I thought the pace of the game was good for us.

"What pleased me the most, although we are trying to be good on the ball, our off the ball play was excellent, in terms of our how we dealt with really good players."

"We had no passion or desire; no-one did.

"Sometimes during the season we have proved that we are average as players and athletes.

"On a day like this you can discover how you can be average."