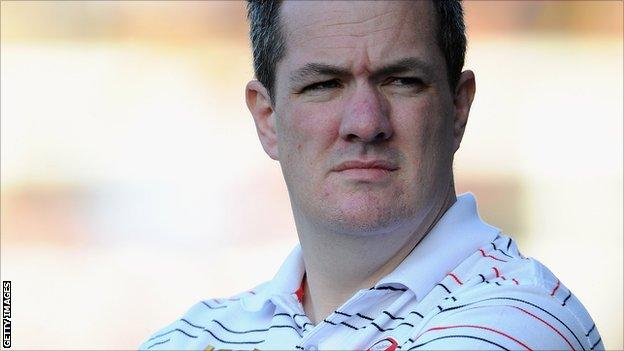 Mike Rush has admitted he is unsure what the future holds for him after St Helens missed out on a seventh consecutive Grand Final appearance.

And with Rush is contemplating his next role at Langtree Park.

"I don't know what I'll do next," he told BBC Radio Merseyside. "It's maybe time to do something different."

Saints were in disarray when Rush and Keiron Cunningham took control of the first team early in the season.

They had lost four consecutive matches - the club's worst run of results for 23 years.

But the pair turned St Helens' fortunes around to such an extent that the club finished third at the end of the regular Super League season.

Away victories at Wigan and Warrington, the two clubs immediately above them in the table, raised hopes of another end-of-season trip to Old Trafford.

And they led their semi-final against the Wolves 14-12 at half time, only to be overwhelmed in the second half and

Rush added: "Just to be there, involved in a semi-final against your local rivals and 40 minutes away from a Grand Final because that's all we were - it's been a blast - but I'd have rather have got there.

"The club's in a really good situation. It's got some good young players coming through, a fantastic chairman, Keiron will still be around next year and there are going to be a lot of people still here."