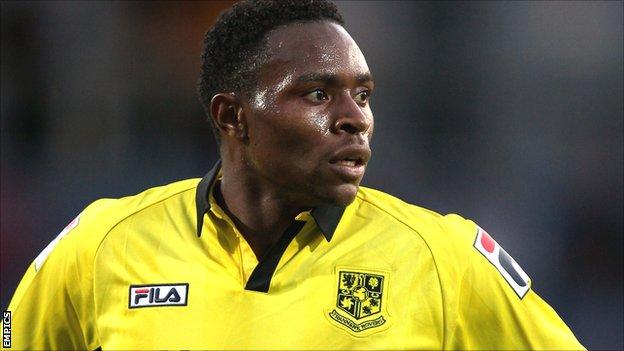 A Jean-Louis Akpa Akpro brace helped League One leaders Tranmere come from behind to beat Scunthorpe and maintain their unbeaten start to the season.

And Akpa Akpro put the visitors ahead shortly afterwards when he fired home from close range, before seizing on a defensive mix-up to wrap up the match.

The French-born striker has now scored seven goals so far this season.

"We were excellent in the first half and pretty poor in the second. We're saying the same things, two set-pieces have really changed the game around and sometimes you have to give the opposition credit, they played better in the second half.

"It's the set-plays that cost us and it was on Saturday. All you do is ask someone to put their head in before the opposition and at the moment we're not doing that. Until you do that you're never going to keep a clean sheet.

"We went from back to front quicker than what we usually do or we try to and in the end you give the ball back to the opposition and they've got some good players."

"For the last three games, our first 45 minutes haven't been good. We said one or two words at half time because I thought they were beatable.

"To be fair, they've shown lots of spirit and what they're all about. Once we got the equaliser, there was only one team that was going to win.

"Some of our football was breathtaking at times, especially late on. We've got good players in there and they just need that belief."