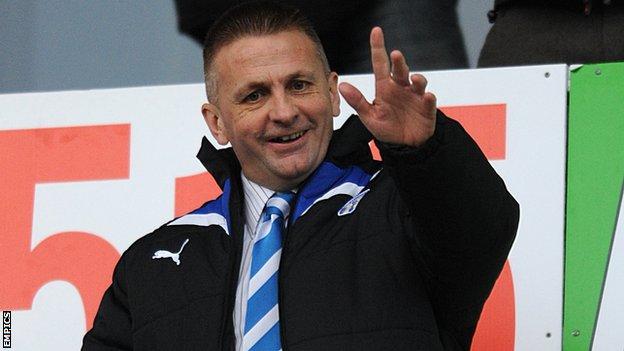 Colchester United chairman Robbie Cowling says he will begin his search for the club's next manager with an "open mind".

The U's sacked John Ward on Monday, with assistant Joe Dunne being placed in caretaker charge.

Cowling told BBC Essex: "We will keep an open mind and have a look at who comes in (for the job).

"We will also look at how well Joe Dunne gets on, at this moment in time I'm going to give him my full backing."

Cowling hinted that Dunne would be given an opportunity to prove himself in the caretaker role.

He added: "I want to make sure I bring the best man for the job.

"There's a lot to be said for someone that comes from within the club moving on, that's what happened with John Ward.

"I think there are a lot of benefits from promoting within."

Dunne, a former Colchester and Gillingham player, acted as caretaker-manager after Paul Lambert left the club for Norwich in 2009.

The first game of his second spell in temporary charge is at home to Hartlepool United on Saturday.