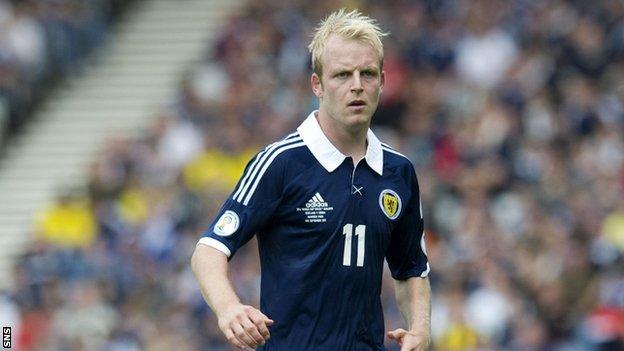 The incident was not included in the referee or match commissioner's reports, but Fifa has since been made aware of it and is now investigating.

The Scottish Football Association has confirmed that Fifa has been in touch.

It has until Friday 28 September to provide Fifa with its views on the case before the disciplinary committee sits on 5 October.

A Fifa spokesman told BBC Scotland: "We can confirm that we have opened disciplinary procedures against Steven Naismith."

However, he would not say who had alerted football's governing body to the incident.

Everton forward Naismith could be banned for up to three matches, a scenario that would be a blow to Scotland manager Craig Levein.

The player, who has recently recovered from a knee injury that kept him out for most of last season, could miss October qualifiers in Wales and Belgium.

Scotland's chances of reaching the finals in Brazil in 2014 were damaged by two draws at home to Serbia and Macedonia.

They sit fourth in Group A, behind Serbia, Belgium and Croatia.