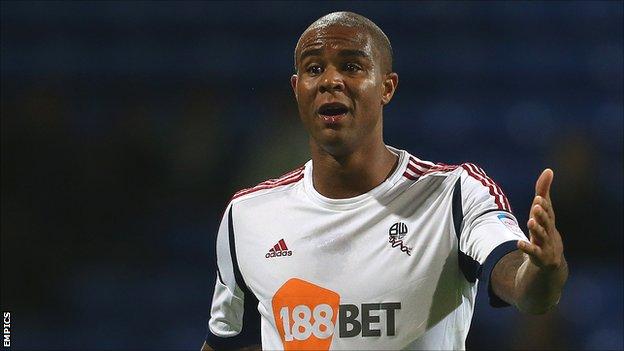 Wanderers picked up their first away points of the season with a 2-1 victory at Sheffield Wednesday on Saturday.

"We have to fight for every game," said Knight. "We're not that good a team just to turn up and win. We have to play hard and put our chances away.

"Hopefully the penny has dropped. We showed a bit of fighting spirit to get a great winning goal from Mark Davies."

Wanderers had lost away fixtures at Burnley, Hull and Birmingham before beating Sheffield Wednesday on Saturday

Bolton had endured a disappointing start to the campaign, collecting just seven points from their first six games, but the win on Saturday has put them up to 14th position and within three points of sixth-placed Wolves.

was an unused substitute at Hillsborough.

Knight, who left Aston Villa a couple of months before Warnock moved to Villa Park, believes the former England full-back will be a good addition to the Bolton squad.

"He's experienced and can play in a few positions," added the 32-year-old, who is also an ex-England international.

"Hopefully we'll get David Wheater back in a few months so there will be a bit of competition at the back.

"And Tim Ream wasn't even on the bench on Saturday. Hopefully [the competition for places] will show people within the team that we are trying to do something."