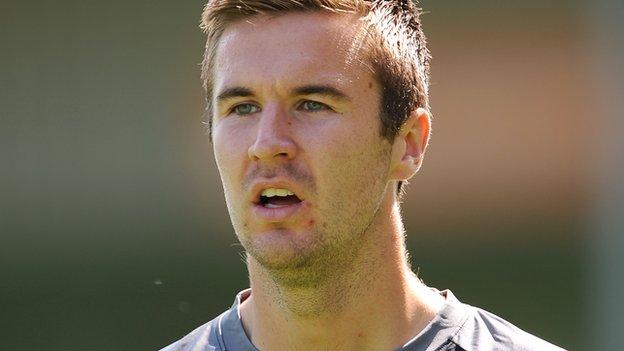 Hereford United have brought in former Walsall midfielder Josh O'Keefe on a deal until the end of December.

The former Republic of Ireland Under-21 international has been without a club since finishing last season at Blue Square Bet Premier rivals Southport.

Prior to that, O'Keefe, 23, was with Lincoln City before being released in December 2011.

O'Keefe, who started his career on the books at Blackburn Rovers, launched his league career at Bescot in 2009.

He is expected to play a part in at Edgar Street on Tuesday night at 19:45 BST.

The Bulls lie 10th in the Blue Square Bet Premier following Saturday's return to form with a 4-2 home win over Cambridge, which ended their run of five straight defeats.