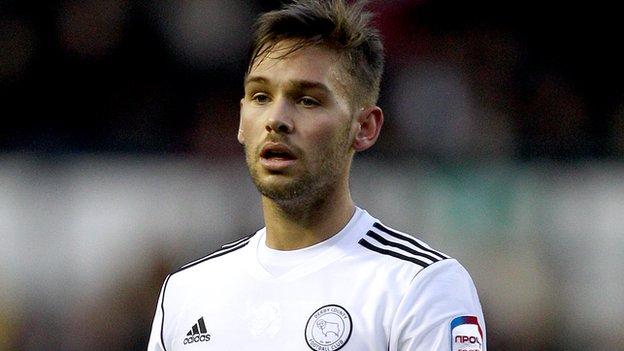 The 23-year-old utility man has been out of favour this term with Nigel Clough's side, who he joined in May 2010 along with John Brayford in a seven-figure double deal from Crewe.

Bailey, who can play in midfield or at right-back, is new boss Mark Robins' fourth signing in five days.

"He has a lot of qualities and we believe he will be a good addition for us as he can play in a couple of positions and is a very good passer of the ball.

"Not only that, he will put his foot in and will land on second balls too. I've seen a lot of him over the past 18 months to two years and we are looking forward to working with him."

Bailey, who missed the first part of last season with an ankle injury, is available to make his Sky Blues debut in Wednesday night's Capital One Cup tie with Arsenal.