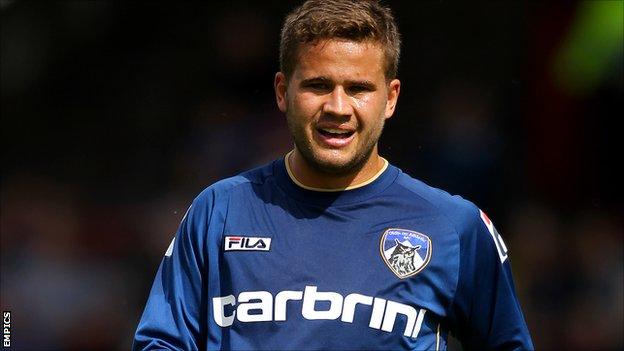 Paul Dickov hopes the partnership of Dean Furman and James Wesolowski in the centre of midfield can propel Oldham Athletic up the League One table.

A hamstring injury kept Wesolowski out of action for more than a month, but he has returned to play a part in Oldham's last three league matches.

"We know what the two of them can do," boss Dickov told BBC Radio Manchester.

"With James in the team, it gives Dean a bit more of a licence to play a bit further forward."

When Wesolowski signed a new two-year contract in June, Dickov said he and captain Furman had the potential to be the best midfield pairing in League One.

The Latics are 19th in the table after a 1-0 defeat at Brentford on Saturday, a game in which former Leicester youngster Wesolowski was replaced by new signing Jose Baxter after 55 minutes.

"James has played three games in a week so he was going to be leggy," added Dickov.

"It was always in my mind to give Jose 35-40 minutes. He's had three games in a week under his belt coming on as a sub and he's really pushing for a start next week."