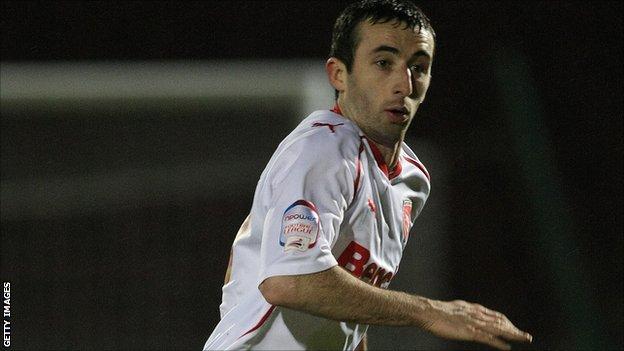 Oxford United defender Tony Capaldi says he is certain the club can halt their worrying slump in form.

The U's suffered their fifth successive League Two defeat on Saturday and have slipped from top to 17th in a month.

But Capaldi says only hard work and team spirit will turn things around.

"Confidence is as low as it gets right now," he told BBC Oxford. "We've got to stick together and try to work our way through it and get a result and hopefully it will turn around."

Saturday's defeat by Bradford was their latest loss with Chris Wilder's side travelling to Rotherham at the weekend.

At the moment it is nowhere near good enough, we need to each look in the mirror and say 'we've got to do better'

And Capaldi says despite confidence being low the players still believe in each other.

"At the moment it is nowhere near good enough, we need to each look in the mirror and say 'we've got to do better', the 31-year-old left-back said.

"We've got to stick together. I'm sure a lot of people have been in this situation before. It will turn, we will get the results.

"It's a very difficult time for us and I'm sure it's difficult for the fans watching it. Confidence is so fragile. When you concede a goal the energy just drains out of you."

Oxford's slump in form coincided with Wilder being linked with the managerial position at Coventry City, but Capaldi said it has not been a factor.

"Nothing has changed off the pitch. Preparation is the same, training is the same, it's just been bad luck and some great goals," he said.

"The only way we can get out of it is working hard and hopefully the results will follow."