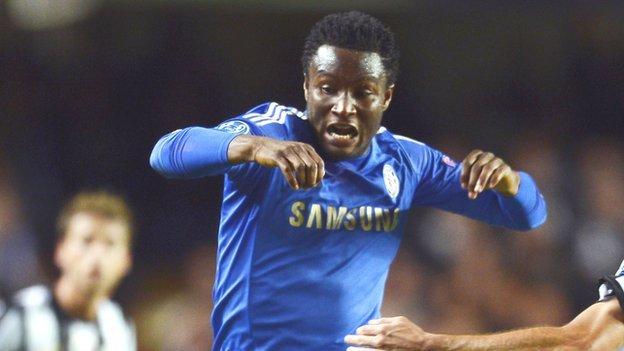 Nigeria have recalled Chelsea midfielder John Mikel Obi for the second leg of their 2013 Africa Cup of Nations qualifier against Liberia.

Mikel opted out of the 2-2 draw in the first leg away in Monrovia but he has been recalled for the 13 October return game to be played in Calabar.

The 25-year-old has yet to play for the Super Eagles since coach Stephen Keshi took over the team in November.

He has featured this season as an attacking midfielder for the Serie A club after coming through their youth set-up.

There are also recalls for goalkeeper Austin Ejide as well as Inter Milan ace Joel Obi.

The 15 overseas-based pros are to be joined by 23 players from the domestic league, led by young Lobi Stars striker Tony Okpotu.