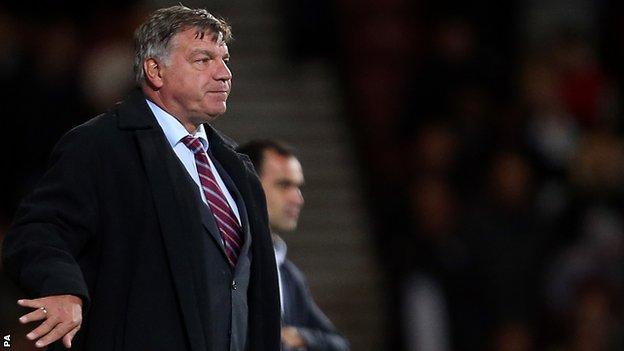 West Ham manager Sam Allardyce is angry at his team's "rubbish" and "comical" defensive performance in their 4-1 Capital One Cup thrashing by Wigan.

Striker Mauro Boselli scored twice for the Latics against a West Ham team showing nine changes from the side that drew 1-1 with Sunderland on Saturday.

"There were howling errors in all four goals, it was comical. I never expected us to defend so poorly."

Allardyce added: "All the good work we might have done with the ball meant nothing because out of possession we were just rubbish."

Allardyce has warned his stand-in players they have blown their chances of pushing for a place in his Premier League line-up.

"It was an embarrassing defeat. They can't come knocking on my door about not playing now," he added.