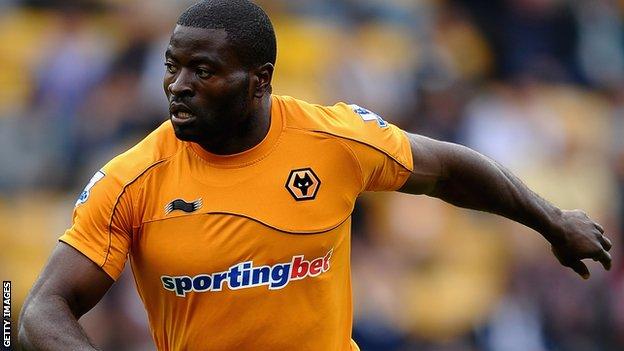 The 26-year-old comes in as cover for Greg Cunningham, who has been ruled out for two months with an ankle injury.

However, he struggled to keep a regular first-team place during their time in the Premier League and ended last season on loan at Nottingham Forest.

Manager Derek McInnes told the club website: "George relishes a battle and I've gleaned a lot of enthusiasm from our conversations.

"He can play at left-back or centre-half, so he can bring a lot to the team and improve our squad options.

"We've fought off a lot of competition from other Championship clubs to secure his signature, and I believe that shows the perception of Bristol City is changing out there.

"The move works for all parties because we get an excellent player with vital Championship experience, and George gets game time under his belt."

Elokobi will not be available to face Wolves when they travel to Ashton Gate on 1 December and can be recalled after 28 days.