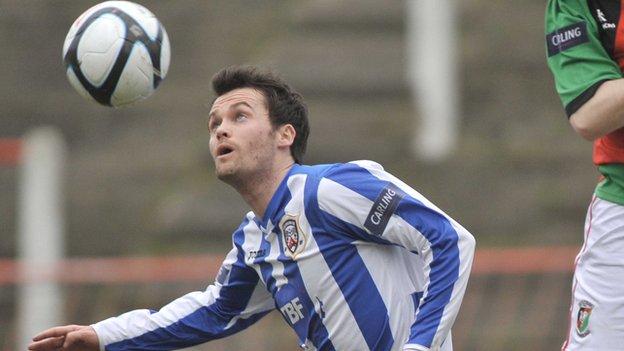 Coleraine winger David Scullion will be out of action for at least three weeks with a medial knee ligament injury.

The 28-year-old sustained the injury in Saturday's 4-1 derby victory over Ballymena United in the Premiership.

"It's a big loss - he was beginning to find form and made an excellent contribution in Saturday's game," said Bannsiders manager Oran Kearney.

The former Glentoran, Portadown and Glenavon player scored in the home win over the Sky Blues.