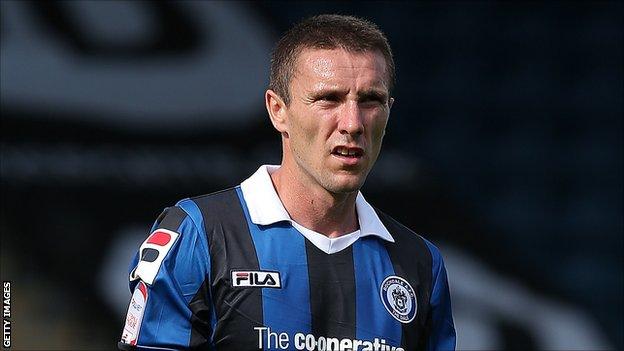 Rochdale will be without Kevin McIntyre for their trip to Gillingham after the defender failed with an appeal to rescind his red card from Saturday.

McIntyre was sent off for what was deemed to be a professional foul in the 2-2 draw against Dagenham & Redbridge.

Speaking after the game, McIntyre told BBC Radio Manchester he hoped the club would launch an appeal.

Dale did so after reviewing video evidence but were unsuccessful, meaning McIntyre will serve a one-match ban.

Manager John Coleman said the sending-off of McIntyre did not cost Rochdale, who were 2-0 up at the time, the three points.

"We were in control and we relinquished that control."