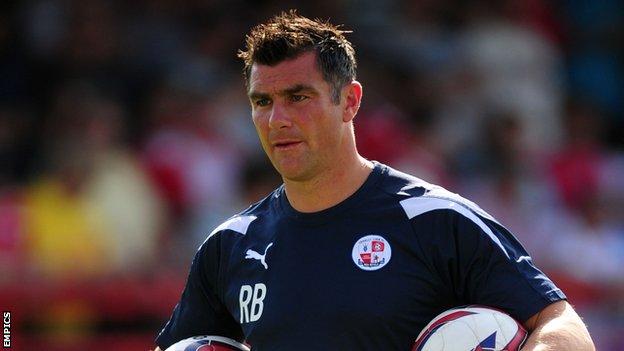 Crawley Town manager Richie Barker hopes his side can benefit from their Capital One Cup run.

The League One club were knocked out in the third round after losing 3-2 at home to Premier League side Swansea on Tuesday night.

He told BBC Sussex: "It was important we put a performance in. We should take massive confidence from the game.

"It will hopefully be something that springboards us into the next few games and lifts the players."

"We were never going to pass Swansea off the park because of the way they play but we had a good go at it.

"You could argue it was probably a bit of a blessing in disguise that we got a game against a Premier League club so quickly, as it gets it out of our system."

It was the third time the West Sussex side have lost to Premier League opposition in a cup competition, having lost to Stoke in the fifth round of the FA Cup last season and been beaten by Manchester United at the same stage in 2010-11.

Reds midfielder Josh Simpson was proud of their performance after leading the Swans in the second half and eventually losing to an injury-time goal from Garry Monk.

"It was a tough evening and we gave it our all but unfortunately it wasn't to be," Simpson told BBC Sussex.

"We enjoyed it, competed really well and gave a good account of ourselves.

"It shows exactly where the club has come from and where we are going.

"They play some good football and when we had it we knew we had to keep it. We did that well.

"We got a couple of goals so we need to keep our heads high and take it into our game on Saturday."