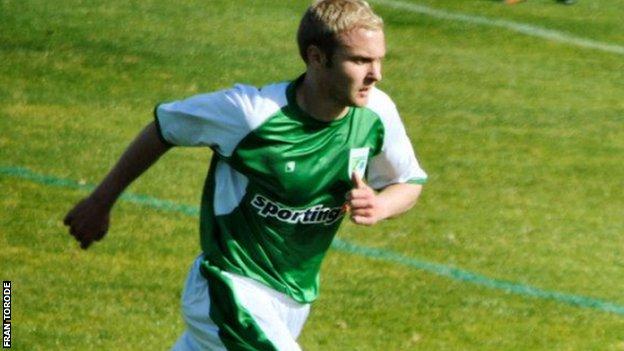 Guernsey FC's Angus MacKay has praised the players who came into the side for the on Tuesday.

The Green Lions were missing injured skipper Sam Cochrane and Glyn Dyer, while Dave Rihoy and Chris Tardif could not travel to the match.

"The guys that came in did a really good job," MacKay told BBC Guernsey.

"We've got a good squad and the players that come in to cover for those that can't make it have never let us down."

Paul de Garis, Jacques Isabelle and Rhys Jordan all came into the side with youngsters Joe Alvarez and Nigel Hutton on the bench.

MacKay got the opening goal in the victory which lifted Guernsey to the top of the Combined Counties League Premier Division.

But the former Oxford United youth-team captain says it is too early to think that the island side will dominate the Premier Division as they did Division One last season.

"It's a good place to be, but at this moment in time the table's not a fair reflection on the league," he said.

"It can easily change over the coming months, but we've just got to keep winning, and if we keep winning from now until the end of the season we'll stay top of the league.

"A lot's been said about a couple of other clubs who are strong who we're yet to play, so until we come up against those sides we don't know how good they are.

"When we do come up against them they're going to be big games, and if we can come out of those games with victories then I suppose that will put us in a bit more of a confident position.

"There's so much more football to play, we can't be thinking about promotion just yet."