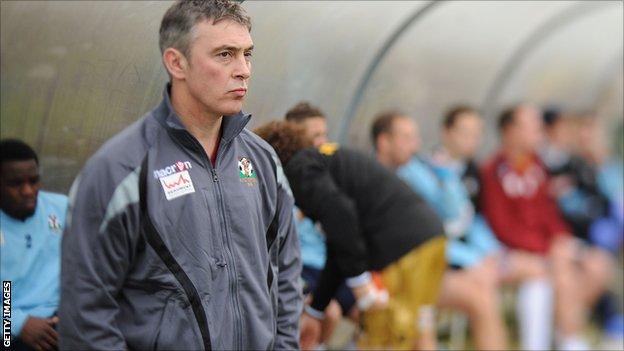 Ritchie, 44, replaced Shaun Gayle in May after eight years in charge of Totton, who he took to the brink of back-to back promotions before losing in the Southern League play-off final.

The Hawks suffered a string of poor defeats this term and are third bottom.

On Saturday they also lost to North Leigh, who are two leagues below them, in the FA Cup second qualifying round.

On Tuesday they were defeated 3-0 by Weston-super-Mare.

Former Bournemouth and Portsmouth striker Lee Bradbury has already ruled himself out of the job.