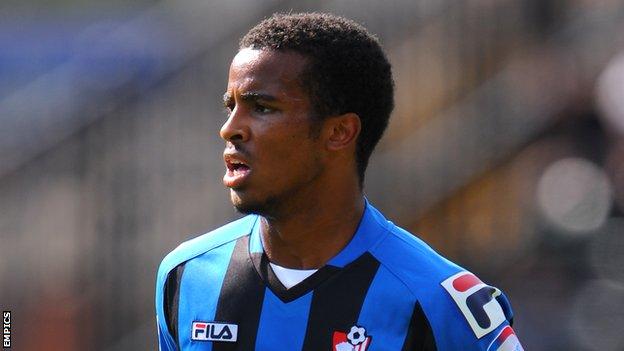 Youngster Nathan Byrne is simply hoping to establish himself in the side while on loan at Crawley Town from Spurs.

The 20-year-old defender had a spell at Bournemouth cut short by an ankle injury last season.

He told BBC Sussex: "I feel strong and fit. I have played around 10 games already including pre-season so I feel ready to go.

"It's better to gain real life experience than play in the under-21 league. You've got to perform."

He added: "It wasn't the best injury and the best timing at Bournemouth because I started well, played 12 games then snapped my ankle."

Byrne, who plays predominantly at right-back, made his debut for the Reds in Tuesday's 3-2 defeat to Swansea in the League Cup.

"I came down on Monday and didn't have long to think about it," he said.

"I didn't start the best that I could have because I gave a few sloppy passes away. But in the second-half I picked it up and I thought I played alright.

"Everyone has welcomed me well and all been really helpful.

"I've got to perform to keep my place in the side. Hopefully the manager [Richie Barker] can give me a chance and I can show what I can do."